Here are some of the best rated houses

Select the locality destination to search a good deal 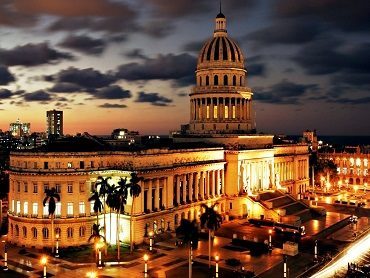 Havana, capital of Cuba, is a city where you will never get bored. Enveloped in an intense cultural life, rich in history and traditions, where you can find all musical styles. In this city; Life goes through music, tradition and culture, where dance is the soul of its people. With an impressive colonial architecture preserved in time. Declared one of the Seven Wonders of the World Cities in June 2016. Home to famous festivals and cultural events such as the International Festival of New Latin American Cinema, the International Ballet Festival of Havana, the International Jazz Festival and the International Book and Literature Fair. Obliged visit to the Historic Center of Old Havana; World Heritage since 1982 granted by UNESCO. It is the oldest part of the city and a jewel of Cuba; where its streets speak of history, with impressive architecture and majestic restoration works. Its four colonial squares, the Bacardí Building, the Convent of San Francisco de Asís and the Castillo de la Real Fuerza are places you can not miss. If you are a museum lover; You can not miss the City Museums, the Museum of Colonial Art, the Museum of Rum, the Museum of Fine Arts, the National Capitol, the Military Historic Site Morro-Cabaña, where imposing its two majestic fortresses: Castillo del Morro and the fortress of San Carlos De la Cabaña. Within the landscape of Havana nights there are plenty of bars, cabarets, jazz clubs, live concerts and even impromptu performances in its streets. Fun; It is the only word that describes a nocturnal Havana. The most panoramic view of Havana will have it if you enjoy a stroll through the Malecón. You can see often, both Cubans and visitors waiting for the sunrise, drinking drinks and singing with guitars under the stars. The Malecón habanero is undoubtedly a sign of the city. 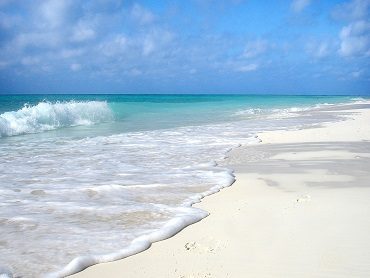 Best beach in the world

Best beach in the world

Varadero, a true paradise of white sands. Belonging to the province of Matanzas. Varadero is Located 130 km away from east of Havana. With an extension of 30 km of which 22 km are beaches. One of the best beaches in the world, with fine sands and turquoise waters. In its vicinity there are many attractions to enjoy such as: Josone Park, Underwater Park of Cayo Piedra del Norte, Zapata Swamp, Girón beach; in the Bay of Cochinos and the Valley of the Yumurrí. The nightlife of Varadero is very active, you will always find where to have a drink or cocktail or if you prefer to enjoy the cuisine of the island, you will find many options. The variety of marine species that inhabit their funds, make it a must for diving lovers. You will find fish of wonderful colors, mollusks and corals. One of the best known events in the area is the golf championship held at the Golf Country Club House, visited by golf lovers from all over the world. 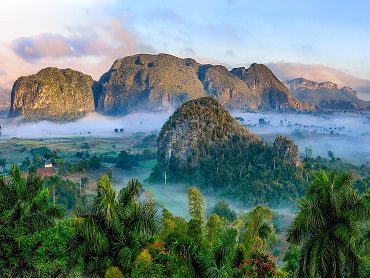 Pinar del Río is the province with the largest number of protected areas in Cuba, in which there are two Biosphere Reserves declared by UNESCO, the Guanahacabibes Peninsula and part of the Sierra del Rosario; The wonderful Valley of Viñales, declared a Natural Heritage of Humanity by UNESCO. It is an area where flora and fauna are protagonists of the landscape. The place where one of the best cigars in the world is cultivated, where the visitor has the opportunity to know the tobacco manufacturing process live with its producers. A city abundant in colonial buildings and museums full of history. Viñales Valley: National Monument and Natural Heritage of Humanity by UNESCO, it is undoubtedly a wonderful, quiet and perfect place for a face to face encounter with nature at its best. Ideal for activities such as climbing, horseback riding and taking the best photos with nature. Obliged visit to the Casa de Veguero tobacco plantation, the Garden of Charity and of course, the Valley of Viñales with its wonderful mogotes that rise up in a unique landscape. 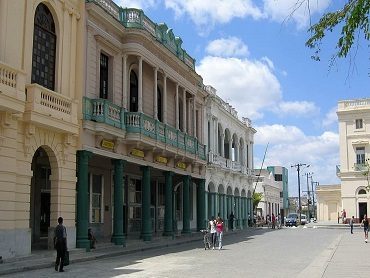 Santa Clara, capital of the province of Villa Clara. The city was founded in 1689. It had a leading role in the fight for the independence of Cuba in the Ten Years War (1868-1878). In 1958 the capital was taken by the military under the command of Major Ernesto Che Guevara during the revolution led by Fidel Castro. In the Plaza de la Revolución there is the sculptural ensemble built by the sculptor José Delarra, dedicated to Che Guevara. At its base there is a Mausoleum, where his remains have been resting since 1997, also known as the city of Che. Among the places most visited for their historical and cultural importance are the Plaza Parque El Carmen, the Mausoleum to Che Guevara, the Plaza Parque Vidal, the Monument to the Armored Train, the Central University Marta Abreu de Las Villas (second most important in the country ), the La Caridad Theater, the Tobacco Factory and the Museum of Decorative Arts. There is a youthful atmosphere, mixing music, theater and dance, as well as impromptu concerts, drag shows and heavy metal concerts. The cultural life of the city is very active. Places like El Mejunje, Bar La Marquesita, Casa de la Cultura and Casa de la Ciudad make it an attractive destination for lovers of Cuban culture. This so-called "liberal city" has a really energetic nightlife. Santa Clara has one of the most varied and beautiful architectures in the country. Neoclassical, eclectic, art deco and modern movement architecture coincide in this emblematic city. 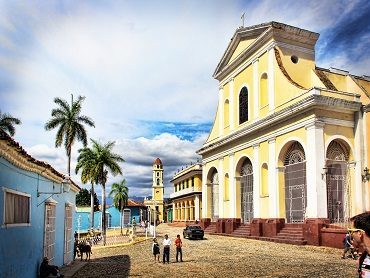 Trinidad is one of the most beautiful cities in Cuba. Declared as World Heritage by the UNESCO in 1988. It was the third village founded by the Spanish Crown in Cuba, thanks to Diego Velázquez in 1514. Currently is a city-museum with a great colonial architectural heritage from the 18th and 19th century, among which stand out its narrow-paved streets, its beautiful restored buildings, its majestic churches and its wonderful courtyards which give it that traditional colonial atmosphere. The city has around 50 mansions and countless buildings worthy to admire as the Iglesia Parroquial de la Santísima Trinidad (Parish Church), the Romantic Museum located in the Brunet Palace, the Casa Templo de Yemayá (House Temple) where there is an altar dedicated to the sea’s deity, and many more interesting places which will doubtlessly trap you. Furthermore, the city is rich regarding squares and plazas as the known Plazuela Las Tres Palmitas Small Square or the Plaza de Santa Ana Square. The last one is located in the Old Town, 500 meters away from the Plaza Mayor Square and it was an access point to the Ingenios Valley. The Plaza Mayor Square of Trinidad was a starting point in the restoration of the 80s and is where you can find the statue of Terpsícore, muse of the dance and the music. The heritage wealth of Trinidad is owed to the economic expansion of the sugar industry performed by the aristocracy and the famous families of Iznaga, Borrell and Brunel.

Here are some of the best rated tours